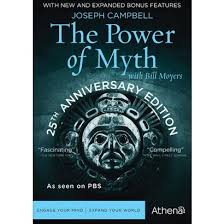 Who are our modern day heroes, the folks whose words and deeds inspire us to do meaningful, important, and joyous things with our lives?

I’ve been watching a 1981 interview with mythologist Joseph Campbell, conducted by Bill Moyers. It’s a bonus add-on to the 25th anniversary edition of “The Power of Myth,” a celebrated PBS series featuring Moyers’s extended interviews with Campbell later in the decade, right before Campbell’s passing.

During the interview, Moyers asks Campbell whether our modern age (circa 1981, of course) is capable of generating true heroes. Campbell demurs, observing that the fast pace of modern life and our worship of fame and celebrity have made it very difficult for our culture to produce genuine heroic figures.

Campbell made that observation over 20 years before the Internet became a staple of our lives. Hmm…

Privatizing the “hero,” worshiping the celebrity

Moving to today, it’s clear that we have “privatized” many of our most notable “heroes.”

We also conflate the hero with the celebrity, such as entertainers. The Kardashians. Justin Bieber.  (Oops.)

And then there’s the sporting world. You know, the “warriors.” LeBron James. .   (Never mind.)

But perhaps all is not lost. Possibly our more contemporary personal heroes are weird, to borrow from the title of a book by author and entrepreneur Seth Godin.

Godin’s 2011 book, We All Are Weird, centers on a culture shift. He suggests that the vast array of choices we have leads us to find niches of interest that may not be shared by everyone. Music, food, reading, you name it. It means that we’re all a little bit weird in our tastes and preferences.

So let’s apply Godin’s ideas to our search for modern day heroes. Maybe we don’t have as many mega-heroes as in days gone by. Instead, we may find our heroes in our respective niches.

For example, my biggest hero in the law is Anthony Amsterdam, a professor at NYU’s law school. You may not have heard of him, but Tony enjoys legendary status among many public interest lawyers for his civil rights work. Tales of his prodigious intelligence and work ethic have taken on mythic (and mostly true) proportions. Tony also is a very influential legal educator and legal scholar. You can read a wonderful profile of him by Nadya Labi here.

I have other heroes, too, and it’s likely that you’ve never heard of them. Here are three in my elder category:

From these heroes and others, I continually draw lessons and inspiration, and I am a better person today as a result. Isn’t the power of example one of the most special long-term gifts provided by any real hero?

So here’s to our search for heroes extending well beyond the obvious and iconic figures known to many. Instead, let’s identify the extraordinary folks who have had a more direct and special influence in our lives.

Kind hearts, not angry ones, are needed now to help others (2009)