I’m closing the work week with a shout-out to the folks at Intern Labor Rights, who have been circulating these neat Internet memes about unpaid internships. 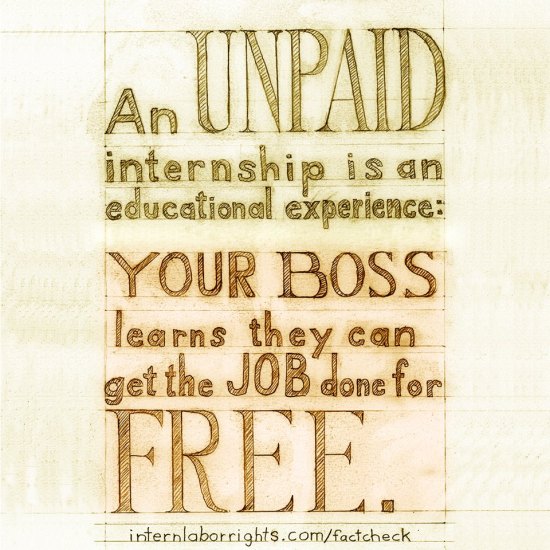 Intern Labor Rights maintains an active Facebook page, which has become a popular online gathering spot for those in the intern rights movement. 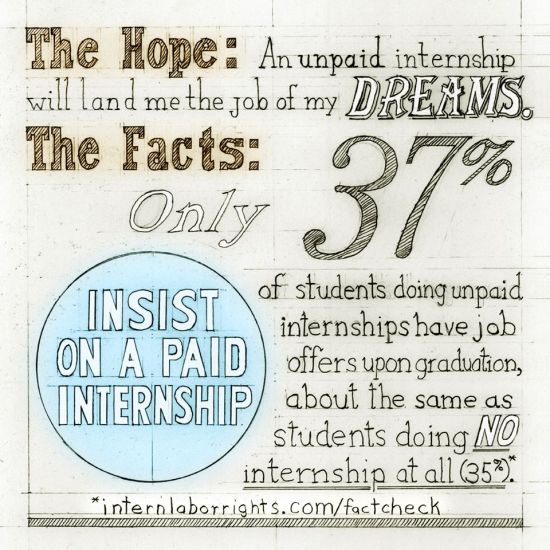 Earlier this summer, they released a statement criticizing the recent U.S. Second Circuit Court of Appeals decision in Glatt v. Fox Searchlight Pictures, Inc., in which the court fashioned a remarkably pro-employer standard for justifying exemptions from paying the minimum wage to interns:

Intern Labor Rights sees the Second Circuit’s ruling as a direct attack on the central purpose of Fair Labor Standards Act (FSLA): that people must be paid at least a minimum wage for the work they do.

In a recent article published in Forbes Magazine, Boston University labor law professor Michael Harper stated that the reasoning behind the appeals court’s seven new criteria for evaluating unpaid internships “is made out of whole cloth.” Suffolk University law professor David Yamada concurred stating “All the factors they drew up were really without legal authority.” Yamada believes that the Second Circuit judges “apparently decided to invent something new here, which is surprising at the appellate level.”

The latest major effort to obtain legal redress for unpaid internships is a new class action lawsuit brought against the Olsen Twins fashion empire, filed in New York state court. Earlier this week, Jessica Goldstein, writing for ThinkProgress, interviewed me about this lawsuit and the broader legal implications of unpaid internships.