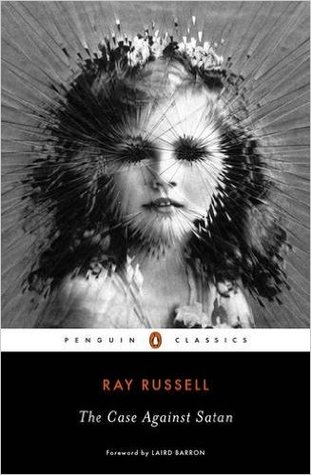 In Ray Russell’s 1962 novel The Case Against Satan, we have a normally sweet and well-behaved teenaged girl named Susan Garth now acting in frightening and bizarre ways. Catholic Bishop Conrad Crimmings concludes that she may be demonically possessed, and he recruits the local parish priest, Gregory Sargent, to help perform an exorcism. Russell tells this chilling tale in under 140 pages, with almost all of the activity occurring within the rectory and adjoining rooms of the church.

Of course, if you’re familiar with late 20th century American pop culture, then you may be thinking that The Case Against Satan is a mere warm-up to William Peter Blatty’s The Exorcist, which gained fame first as a bestselling book (1971) and later as a blockbuster motion picture (1973).

But believe me, The Case Against Satan has more substance. I won’t give too much away, but in addition to being a darn good horror story, it goes as deep as a short novel can get into matters such as the culture and history of the Catholic Church, the nature of evil, and how community-based mobbing campaigns start. I picked up it because I was looking for a good, scary read that wouldn’t exceed my currently all-too-short attention span. I got something much more, including storylines that spoke to my work with surprising resonance.